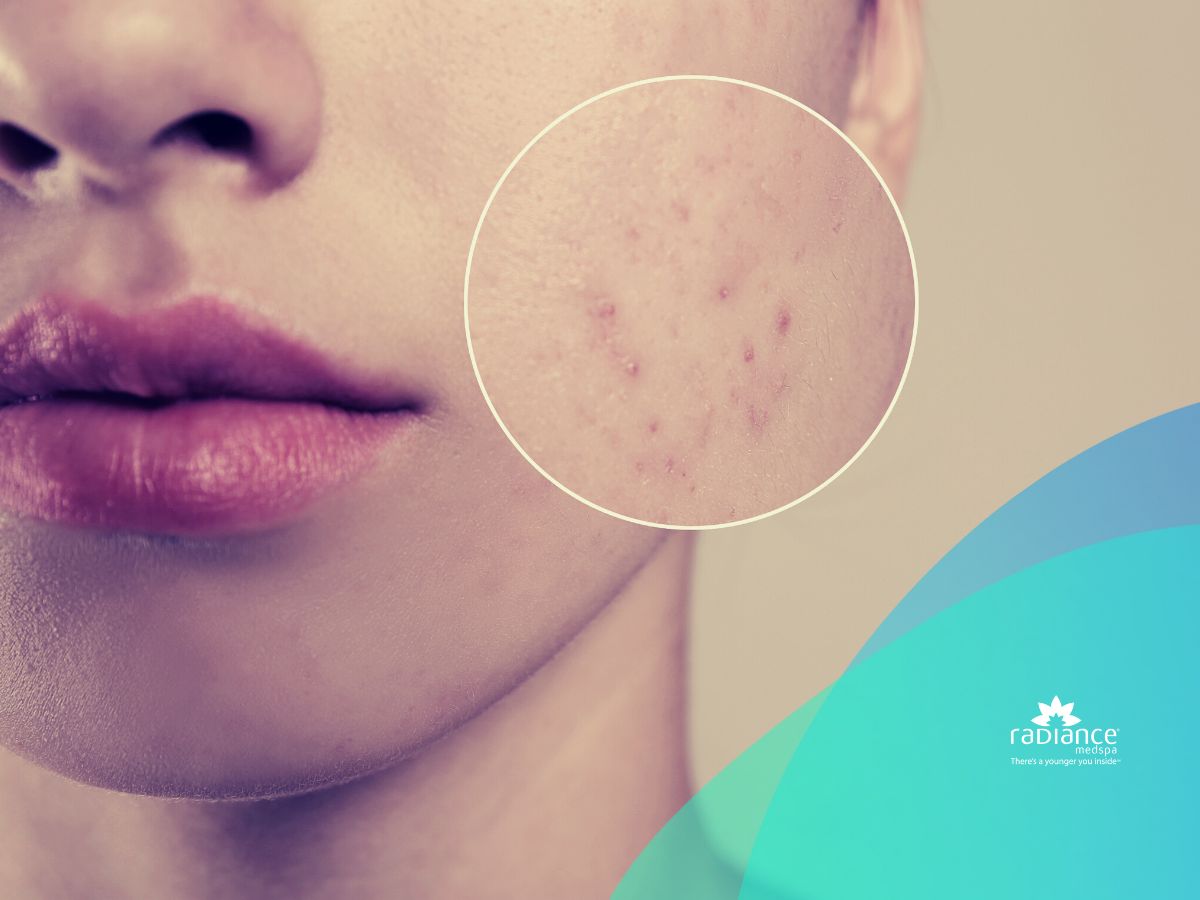 This New Laser Treatment Is the Biggest Acne Breakthrough in Years

For many of us, waking up to a red, inflamed pimple before a big date or Zoom presentation is enough to want to crawl back into bed and hide. But for those who suffer from moderate-to-severe acne, who feel like they’ve tried every possible lotion and potion in sight to no avail, the mental and physical toll can be utterly devastating. According to the American Academy of Dermatology, acne is the most common skin condition in the United States, affecting up to 50 million Americans annually, and within the first year of an acne diagnosis, the risk of developing major depression is 63-percent greater.

In recent years, dermatologists most effective treatment options for acne (after no luck with OTC protocols and mild in-office treatments) were “Accutane, which involves taking prescription drugs and can come with serious side effects, and isotretinoin, which works to control sebum production as long as you use it, but comes back when you stop,” says Boston dermatologist Jeffrey S. Dover, MD. “Tretinoin also only works for mild acne, but not moderate-to-severe acne.”

Now, Cutera is debuting AviClear, the first and only FDA-cleared energy device (it uses a 1726-nanometer wavelength laser) for the treatment of mild-to-severe acne that Dr. Dover calls “a breakthrough technology that will revolutionize the way we treat acne. “It shrinks the sebaceous glands, which are really the cause of acne in the first place, so there’s less oil production and fewer blocked pores,” he explains, noting that other treatments don’t target the production of sebum, but rather other causes of acne. “It’s one of the most exciting developments in dermatology in the last 40 years.”

"It's one of the most exciting developments in dermatology in the last 40 years."

As a Cutera advisory board member, Dr. Dover worked with the company to develop the technology, which Cutera has been working on for the past three years. “Thirty-seven years ago, something called the free electron laser demonstrated it could selectively damage sebaceous glands without damaging the rest of the skin,” he explains. “It’s basically taken 30 years to take that and make it into a device that could be commercially available.”

The current protocol involves three 30-minute treatments, once a month, and works on all skin types and tones, from the fairest to the darkest. It also works for comedonal acne as well, so blackheads and whiteheads. “The pimples are red after the treatment for a matter of minutes, but there’s no persistent redness, crusting, swelling or blistering. The pain level is a 3 out of 10, which means it hurts but it’s tolerable, and there’s no anesthetic or needles.” Exclusive AviCool sapphire skin cooling and sensory controls maintain skin’s temperature during treatment to make the experience as comfortable as possible. “When a patient comes in, we simply degrease the skin, apply a little water to improve contact, and then we sweep the area with the sapphire tip—like we would do a Fraxel treatment—and we treat the entire area very slowly. It’s also approved for body acne on the chest and back, too,” Dr Dover adds.

Clinical data shows patients’ acne improves dramatically by three months, and even better by six months after the last of the three treatments. “This suggests there’s also a durable response,” says Dr. Dover. “It’s one of the only two treatments [Accutane being the other] with results that continue to improve even after you stop treatment. In the clinical study, 80 percent of patients saw at least half of their acne clear after three treatments, and their results got even better after six months—it went up to 88 percent.” Additionally, any breakouts that were experienced by patients post-treatment were reported to be shorter, less intense and more infrequent.

Dr. Dover compares the results of AviClear to those of Accutane, but without the side effects. “Accutane is one of the only cures in medicine—it cures 60 percent of patients’ acne with lifelong results—but it’s linked to depression, liver inflammation, dry eyes and skin, birth defects, and more, and the government makes it almost impossible for dermatologists to prescribe it now because so many women got pregnant on it when they shouldn’t have. AviClear is the first thing to ever come close to the results of Accutane.”

AviClear will become available to physicians in the U.S. over the course of the year. “It will not be covered by insurance, and will we need maintenance treatments? We don’t know yet,” says Dr. Dover. “In clinical studies, we know it works for at least six months, which is longer than most other options, so I have a feeling we’ll see a durable response over time and then there will be a massive movement of people coming in saying, ‘What’s this new light-based acne treatment I’m hearing about?'”